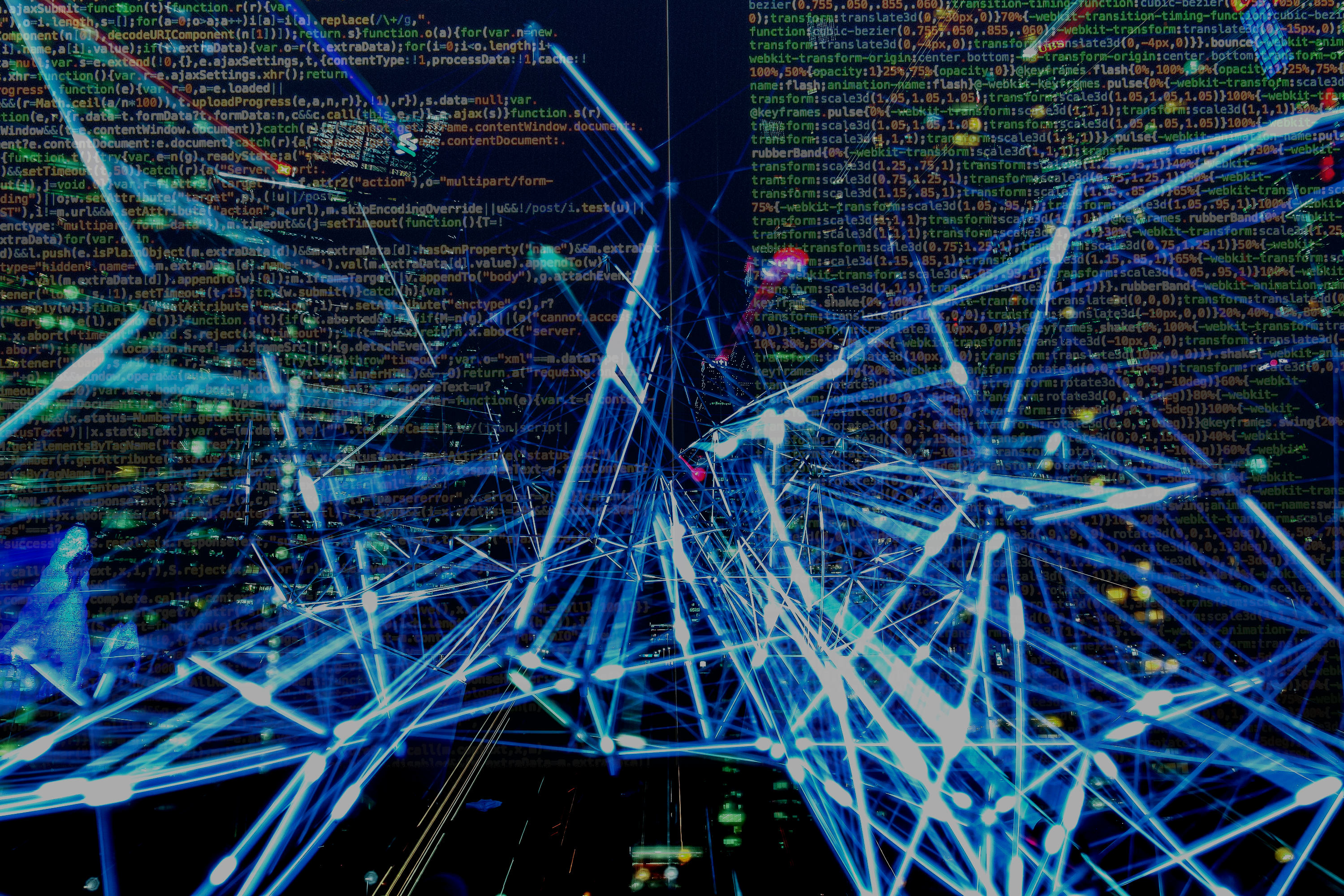 Operations research is the science of finding the correct, optimised answer to the types of problems faced by managers and leaders. While the key to success for some, many have never even heard of it.

A manager makes decisions, allocates resources, and directs where and how work is performed. These questions are crucially important and the key to leadership. They are the difference between a captain that steers the ship to success…​ or into that big hulking iceberg! Operations research (OR) is the science of using data and analysis—​in place of personal judgement and guesswork—​to make perfect or highly optimised decisions. Despite its use to bring critical success in both business and government the terms Operations Research and Mathematical Optimisation still draw blank stares and confused looks from many—​that perhaps should know better.

OR is a discipline that uses analytical methods to make efficient, optimal decisions. It is a field of mathematics and is used most heavily in industrial engineering and operations management. Optimisation problems in mathe,atics are centuries old but OR saw common use in industrial applications before the second world war. It is a very general field that has seen numerous applications. Some include:

There are many more applications for the reader that wants to learn more.

Zara, the Spanish fashion retail brand, is expanding and experiencing double-digit sales growth in Australia while its immediate compeditors are posting record losses, plummiting sales, and write-downs in the $100s of millions. In the busy shopping district on Bourke Street in Melbourne’s CBD the department stores Myer and David Jones sit directly next to Zara. They are all in the same business: fashion in the city’s high-end shopping districts. At the same time that Myer was reporting $0.5 billion losses and David Jones saw profit tumble by 50% Zara’s parent company, Inditex, had global net sales climb by 8% in local currencies. Why do we see Zara expanding in Australia with growing sales while these other two retail brands, selling the same stuff in the same part of town, are reporting record losses and write-downs?

There is no secret to Zara’s success. Zara is famous (at least with the geeks impressed by such things) for its world-leading, data-drive supply chain, which has upended the fashion industry. The key to this successes starts at their worldwide operations centre in Arteixo, Spain. Every sale worldwide is recorded and stored here. The company can identify fashion trends, maintain minimal stock levels, and run a tight, vertically-integrated supply chain.

Zara’s stores are in high-end shopping districts where rents are high. Sales data is used to optimise the supply chain, keeping stock at a minimum. This reduces the needed retail space in the city’s most expensive shopping districts. This low inventory also means Zara is not stuck trying to offload outdated fashion lines. Data-driven metrics identify popular fashion lines. This together with low, regularly updated inventories allow Zara to quickly develop variations of these styles.

Fashion might be the last place you would look for high-end technology and innovation. Nonetheless, it is the technical acomplishments at Zara that allow them to operate efficiently and decide on the fashion lines to develop. This use of data over an intuitive fashion sense is what’s keeping them ahead of their competitors.

Every stage of the mining operation was modelled including: an analysis of important constraints, a reliability model for the entire mining operation, and a simulation engine that could be used to predict how random events and distruptions would effect the performance of the operation. OR allowed was is in all stages of the mine’s development leading to savings on expenditure, deffered investment costs and an increased rate of profitability throughout the life of the project.

In the big business of major league baseball money buys success. It was remarkable then in 2002, with one of the lowest team payrolls of the league, when the Oakland Athletics achieved a 16-1 streak, followed by a unbroken 20-0 winning streak in that year. One of the longest streaks in the history of major league baseball and the longest since before the second world war. This success was documented in the book Moneyball and major motion picture of the same name. The key to their success came from their use of statistics and a campaign to optimise expenditure on player salaries. The 2002 season was not only one of the most successful for the team also transformed the game and intellectualised how teams select players.

On day 1 of the 2002 baseball season the Oakland Athletics stepped onto the field with a total payroll of US$39.6. Meanwhile the New York Yankees did the same with $125.9: more than 3× the Athletics. Billy Bean, the Athletics general manager tackled head-on the type of truth many often refuse to accept: baseball is a sport where money is used to buy players and more money buys better players. If the Athletics continued with the same strategy as their competitors and the rest of baseball, failure was guaranteed.

The traditional path for a baseball recruiter may have been a retired former player finding their way to the back office, sent off to recruit the next generation of talent. Michael Lewis has said, "you can’t be too stupid to play baseball," which although unfair, captures a reality that a career in baseball does not build the intellectual foundation to execute the highly data-driven analysis of player statistics and apply mathematical optimisation on a team’s recruitment process.

The Athletics' strategy started by finding the player statistics that most contributed to a team’s victory. Traditionally, this was assumed to be batting averages and home runs. The Athletics found on-base percentages to be more important. Further these qualities were often undervalued in the market for baseball players. They optimised their purchase of players to maximise the value their expenditure for these player qualities.

The result was one of the greatest winning streaks in the history of major league baseball, a team that consistently made its way to the finals series, a revolution in baseball and how teams draft players, all with one of the smallest team payrolls in the major leagues. It is a testament to the use of mathematical analysis over superstition and eschewing traditional beliefs for reason and mathematical analysis.

Lean manufacturing, which seeks to reduce waste in operations and Six Sigma (6σ), which seeks to improve and reduce variability in an operation, may seem to overlap with OR. This comparison disappears on closer inspection.

OR seeks to solve very different problems than the other methods. Where Lean and 6σ are trying to implement long-term refinement to produce greater efficiencies OR is asking very specific questions and giving very detailed answers with precise numerical results:

Possibly even more significant as a difference between OR and the others is that OR is hard! You can find a lot of people that know a great deal about Lean and Six Sigma but far fewer for OR. The former are a set of principles and disciplines that somebody can read and implement in their workplace. The latter is a collection of very specific mathematical methods and algorithms to calculate precise solutions to a broad class of problems that appear in industrial engineering and operations management. It requires an investment of time and significant effort to develop very technical skills to apply abstract mathematical methods to solve real-world problems in a way that the other, far less technically demanding methods, simply do not.

As well as studying mathematical methods OR also requires the very difficult research skills to apply these abstract models to solve real-world problems. High end mathematical and research skills are rare and valuable. It is much harder to study OR methods than lean and 6σ and it should therefore not come as a surprise that OR is less common in management. It must necessarily be difficult to provide specific answers to difficult questions.

Where to get started?

Hopefully you have an appreciation for the power of OR methods to transform operations: both in areas that appear technical and those that would be considered very much non-technical. The next question is where do I get started?.

The simplest answer is to get a book and start studying. Of course, while true, it isn’t the most useful or practical advice for all. Not everybody has the motivation, means, or time to pursue a new field of study. OR is a difficult, technical discipline. That said, once acquired, these skills are hugely transferable and can be used to find perfect and highly optimised solutions to a range of problems.

The much simpler solution is to outsource it to somebody else and for many this makes a lot of sense—​but who? Some problems may be straightforward, in which case skills may not be so important. Success in taking an abstract mathematical model/algorithm and solving a real-world problem is rare and highly sought after. As a qualification the PhD is the gold standard in the ability to take an unfamiliar problem, apply very technical skills to understand the problem, to implement an abstract and technical solution to solve it, and to reason that you have the correct solution.

The above is an introduction to OR. If you are serious about learning about OR and other research topics subscribe to receive the latest articles directly to your Inbox.